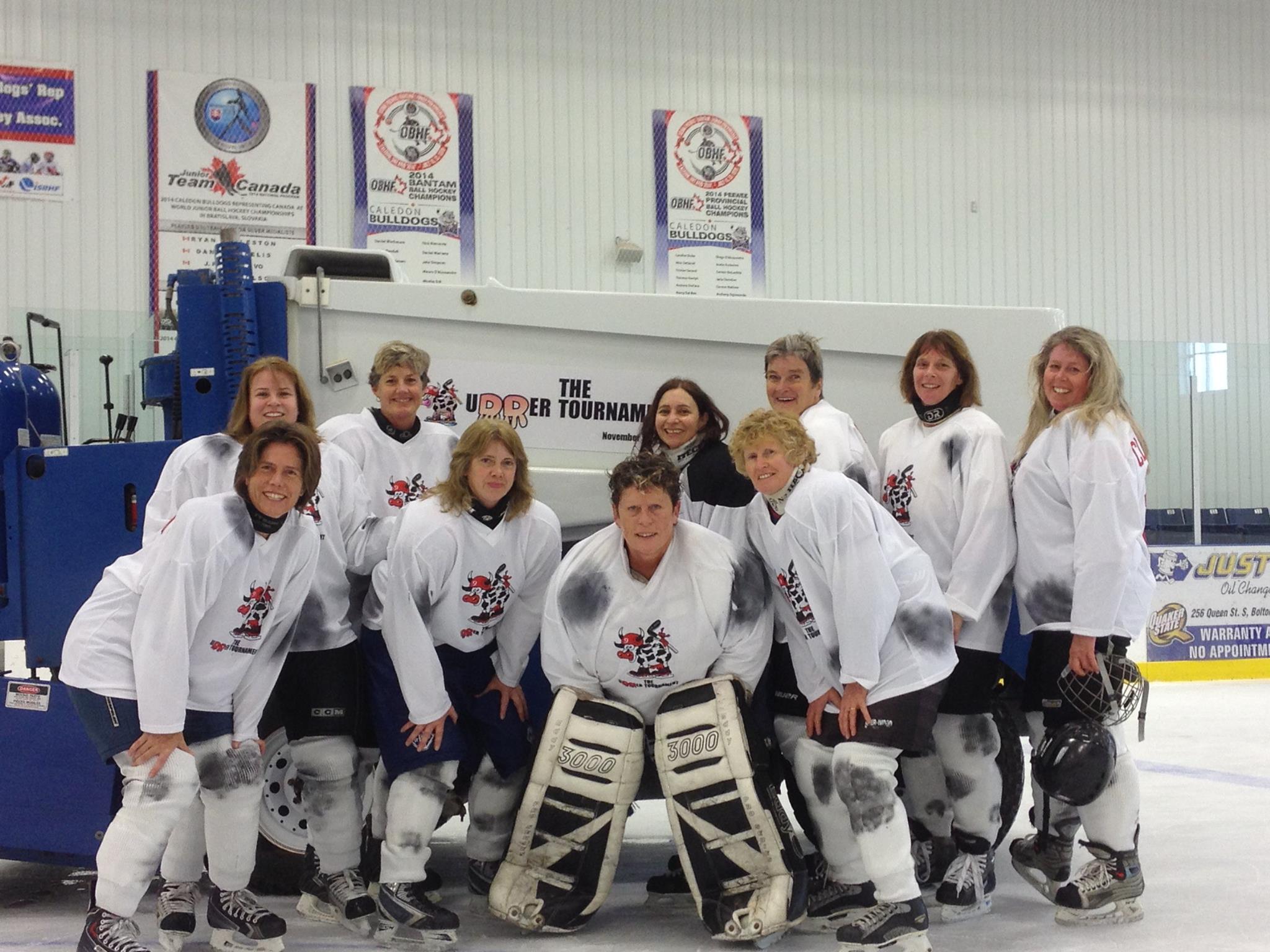 The 5th annual Udder Tournament was held November 11, 12 & 13 at the Caledon East Twin Pad Arenas. Twenty-eight women’s hockey teams, in three age divisions, came together for a weekend of camaraderie, fundraising and sportsmanship. Winning teams this year were the Beer Naked Ladies (in the Heifer Calf Division), No Regretszkys (in the Mature Holsteins Division), and Lemon Drops (in the Out to Pasture Division). Proceeds were divided between the Donna de Boer Scholarship Fund and Bethell Hospice Foundation. Founded to honour the life of CWHL friend and teammate, Donna de Boer, the cow-themed tournament featured three days of women’s hockey, great food, a raffle and silent auction, an impressive array of sponsors and volunteers, and the ever-popular Udder Tournament merchandise. Tournament organizers presented Bethell Hospice Foundation with a cheque for $16,834.98.

Please join us on September 20 for the 3rd Annual Golf […]

#TheBethellHospiceStory – a documentary film about life, death, passion, and […]

Diamond in the Hills

This event sells out quickly so join the fun and […]