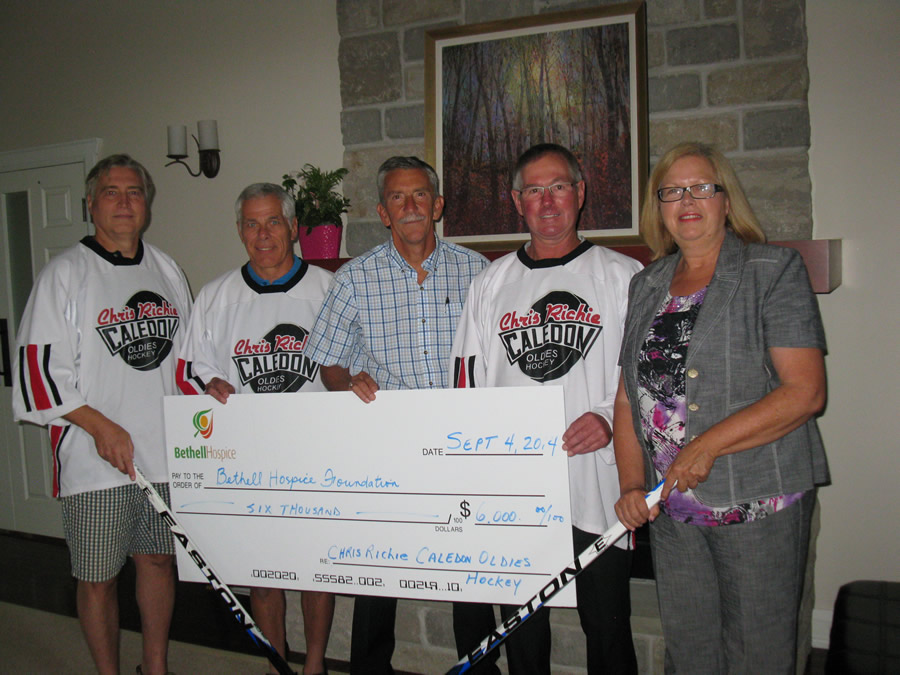 The Chris Richie Caledon Oldies Hockey League recently donated funds which will be used to place a computer tablet in each Bethell Hospice resident room.  The league, for men 50 years and older, made the gift in memory of Kurt Kiser, one of their founding members and a former resident of Bethell Hospice.  The 56 players donated nearly $3,000 by passing the hat, and Chris Richie’s matching challenge raised the total to nearly $6,000.