Foundation Board of Directors 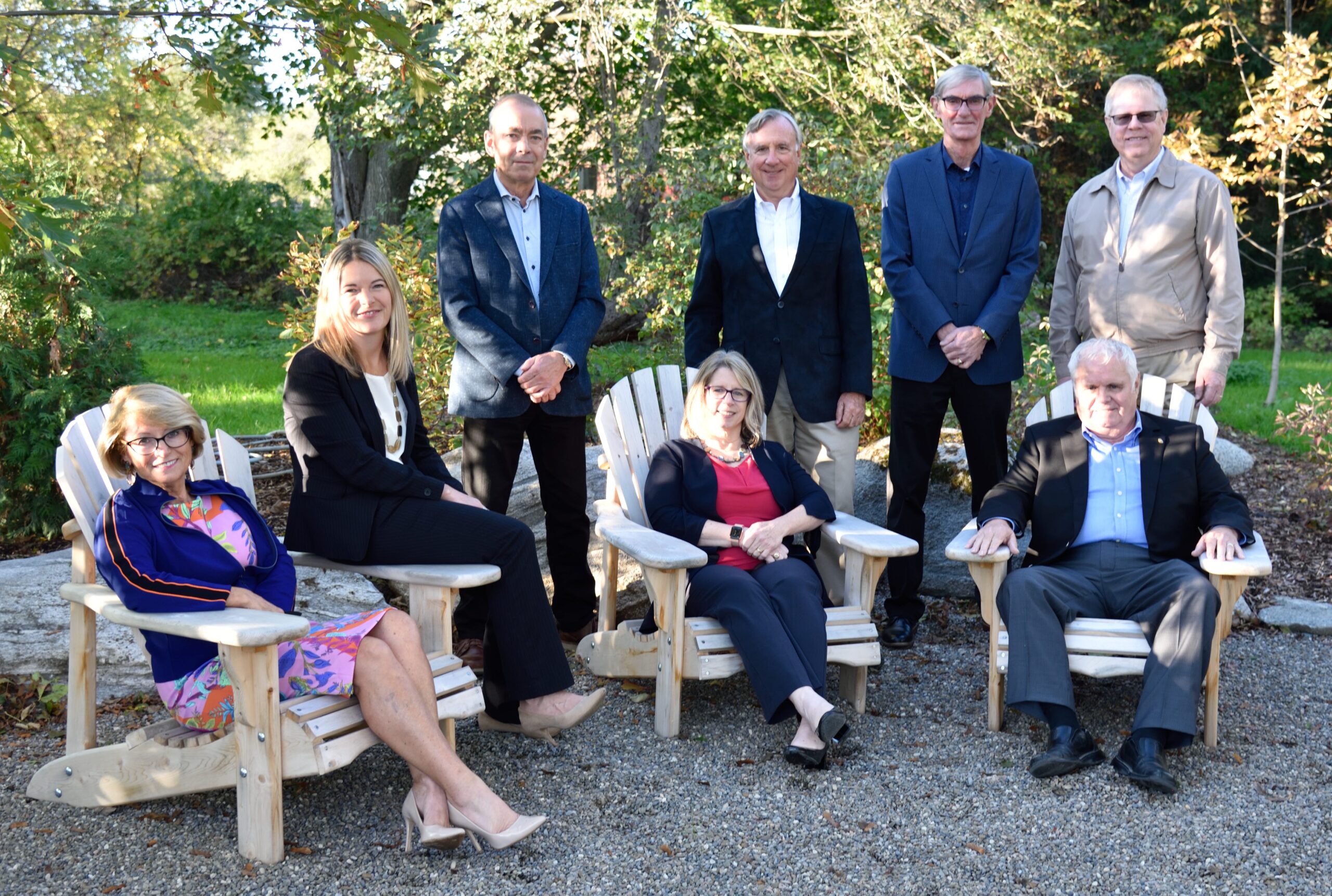 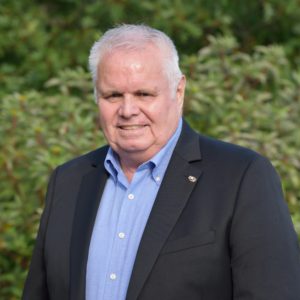 John served two terms as Regional Councillor for Wards 3 and 4 in the City of Brampton and at the Region of Peel. During his term in office, John sat on many regional committees including the Waste Management Committee (Chair), the Intergovernmental Relations Advisory Committee (Vice-Chair), and the Growth Management Committee.

John is currently the President-Elect of the Rotary Club of Brampton. He served as President of the Ontario Waste Management Association, the Brampton Board of Trade, and the Brampton Excelsiors Major Lacrosse Club.

John was awarded Volunteer of the Year for Eastern Canada by the Canadian Chamber of Commerce, and the Queen’s Golden and Diamond Jubilee Medal. He received the Rotary International Paul Harris Fellowship Award, Rotary’s highest honour. John also received the Melvin Jones Fellowship Award, Lions International’s highest recognition for service to the community. In 2017, he was further acknowledged by being presented with the Bonnie Yagar Award for Community Engagement Leadership by Volunteer MBC and a Recognition for 25 Years of Long Term Service by the City of Brampton.

John has served as a Director of the Bethell Hospice Foundation Board since 2014, and assumed the role of Chair in 2020. 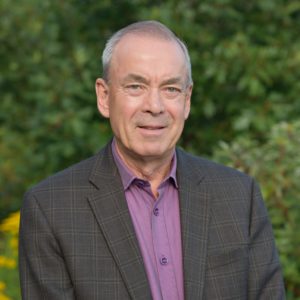 Bob spent his early years on the family farm at Castlemore (Toronto Gore Township). His automotive career started in 1974 when he joined Chalet Ford in Bolton as a Sales Representative. In 1987, he bought the business and rebranded it as Fines Ford Lincoln Sales and Services. From his first day in sales, Bob received support from the community. Through the years, the family business has thrived, with the support of his wife, Janet, and now also his son-in-law, Carlos Martins, and daughter, Katie Fines. 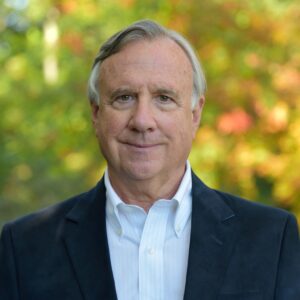 Adrian Horwood joined the Bethell Hospice Foundation Board in December 2020. He has lived in Caledon since 2000 when he and his wife built their rural home. He became a big fan of the work of Bethell Hospice after his wife passed away.

Adrian’s interest in public good developed during his long executive career. While woking in national and global roles at some of Canada’s largest enterprises in technology (Nortel, Celestica) and banking (CIBC, National Bank), he volunteered for campaign and board of director roles in not-for-profit organizations, including the United Way of Peel, Headwaters Arts and WE Charities.

After his corporate career, he decided to work in the charitable sector and was Vice President Development at Luminato, the Toronto Festival of Arts and Creativity, and Vice President Corporate Partnerships at SickKids Foundation. Through Redoaks Management Consulting Inc., he continues to consult in strategy and fundraising. 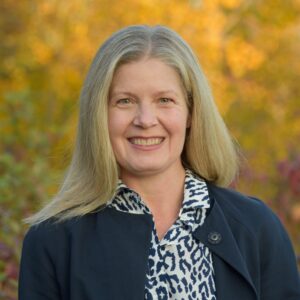 Originally from Toronto, Bonnie Klaassen has made the gradual transition from visiting Caledon on weekends to making Caledon her family’s permanent home. Bonnie is a lawyer with over 22 years of experience, and has operated her own legal practice providing virtual in-house services to businesses for the past seven years. Her clients range from owner-managed businesses to larger public companies in a variety of industries, including industrial equipment manufacturers, professional service providers, charities, technology companies, publishers and financial institutions.

Bonnie has previously served on the Boards of other Canadian registered charities, and spent a year volunteering for a Canadian NGO in Uganda. She was thrilled to have the opportunity to join the Board of Bethell Hospice Foundation, and become more active in her new community. When not practicing law, she can be found taking advantage of the numerous trails in the Caledon area, and chasing after her dogs.

Bonnie has been a Director on the Bethell Hospice Foundation Board since 2019. Bonnie’s photo will be posted in the near future. 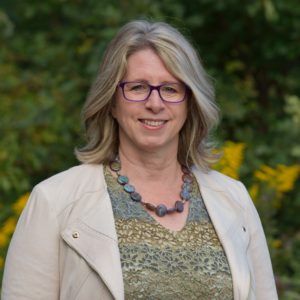 Working in Information Technology for much of her career, Lori has led programs, projects and teams that deliver superior services and solutions. Her focus on analysis, service, creativity, communication and relationships sums up her working style. Lori currently work for CIBC as a Senior IT Project Manager in the Information Security Team.

As the Program Manager for a start-up fundraising event, The Inside Ride, her team grew the event from $90,000 to over $2,200,000 in annual funds in four years. 100% of participant donations benefitted children’s cancer charities, supported by the Coast to Coast Against Cancer Foundation.

With over 25 years of experience as a non-profit volunteer, coach, participant, fundraiser and donor, Lori has been a valued member of the Bethell Hospice Foundation Board since 2015, including a term as Board Chair. Lori is grateful for the opportunity to devote her energy in support of Bethell Hospice. “Every time I enter Bethell Hospice, I’m reminded of the beauty and challenges of palliative care, and feel and see the love and caring from the staff and volunteers to our residents and families. It truly is a unique place.” Glenn Williams, CPA, CMA is a retired accountant who provided accounting and tax services to businesses, non-profits and individuals for over 20 years in Peel Region. Before owning his own business (Williams Accounting Professional Corporation), he held senior positions in both the private and public sector in the fields of transportation and waste management. While retired from Public Accounting, Glenn is still engaged in consulting projects where his analytical, finance and problem-solving skills are put to the test helping clients solve challenges.

He has lived in Brampton for over 30 years with his wife Linda and has one daughter Mary. When not volunteering, you can find him in his woodworking shop, gardening or enjoying canoeing at their second home in the Kawarthas.

Dale joined the Bethell Foundation Board in June 2021. He welcomes the opportunity to give back to Bethell and the community after personally experiencing the need and quality of care they provided. His wife Pam, an RN, passed away at Bethell in 2017.

Dale has enjoyed a lengthy career in the world of Telecom and IT. A graduate of Western University, he joined the new and emerging data communications sales side of Bell Canada. From there he went to Gulf Canada, Petro Canada and Nortel, where he joined the Major Accounts Sales Group looking after large retail and banking customers globally. While at Nortel, he developed and delivered sales skills programs that took him all over the world. His career includes executive sales roles at Radiant Communication, Oracle and, later, as a consultant for a variety of start-up companies.

Dale has been active in local theatre and choir groups for years and also a long time executive BOD member of the Ontario Sports Hall of Fame. He has resided in Caledon Village for 26 years. 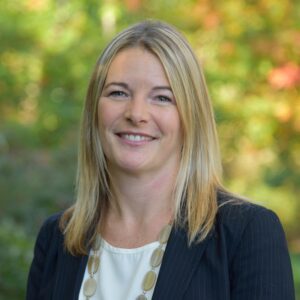 Rebekah Rabe was born and raised on her family farm in rural Ontario with her six siblings. While education and work moved her to the city, her roots quickly drew her back to small community life. Rebekah and her husband have resided in Alton for over 11 years, where they relish the small town charm and sense of community. Having worked with Scotia Wealth Management for over 20 years and with The Sharpe Way Group specifically since 2007, Rebekah has been constantly exposed to the meaning of giving back to the community. In 2009, Rebekah became Co-Chair of the ScotiaMcLeod Brampton Charity Committee and thrived in that role for over 8 years. She has been actively involved in numerous charitable activities, from organizing events in support of Coast to Coast Against Cancer, Sick Kids, Special Needs Adult Program Services Organization, to heading up food drives and adopt-a-family programs in the community.

Rebekah was introduced to Bethell Hospice through a colleague and since then has volunteered at many Hockley Valley Galas. As a new Foundation Board member, Rebekah is very excited about the journey ahead. Having lost a close family member to breast cancer, Rebekah has seen firsthand how important and meaningful the work at Bethell is to residents and family members.

In her spare time, Rebekah enjoys boating the pristine waters of beautiful Georgian Bay and hiking around the Caledon area with her trusty Golden Doodle, Hank. 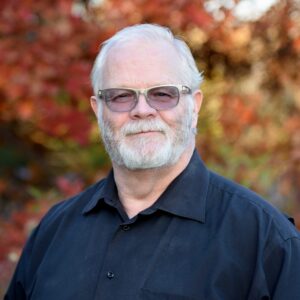 Rick Jones was born and raised in Caledon East where he followed his parent’s example of volunteering by joining the Volunteer Firefighters at the age of 18. Rick married Shelley and moved to Bolton where he then joined the Bolton Fire Station. Firefighting taught him compassion, teamwork and how fragile life is.

Rick enjoyed coaching baseball, meeting the children and helping them learn new skills. He also served as the Sponsorship Chair for Bolton Braves Baseball Association for many years.

In 2019, Rick joined Headwaters Healthcare as a Patient Family Advisor and participated in several other hospitals within the region, developing and launching their ON-LINE patient portal.

In his professional life, Rick has held varying positions in the communication business working with notable companies such as Canada Post, Xerox, Transcontinental and Data Communication Management.

Rick joined the Bethell Hospice Foundation board in September 2022. 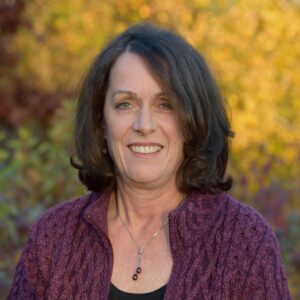 Brenda Clark joined the Bethell Hospice Foundation Board in October 2022. She has lived in Bolton for over 30 years and has been engaged in the community for many years.

Brenda is honoured to join the Bethell Hospice Foundation Board and contribute to and support this wonderful, caring community.

Brenda spent most of her career in Financial Services (CIBC) in areas of Product Management, Marketing, Technology transformation, Industry relations, Payments and Innovation at Management and Executive levels.

Her past board experience includes: Payments Canada, Digital Identity and Authentication Council of Canada and more recently Caledon Public Library Board. She completed her Board Training through Women’s Executive Network.

Now retired, Brenda splits her time between Caledon and the Parry Sound area, where she is likely to be either golfing, snow shoeing, hiking, kayaking, painting, or playing the piano. 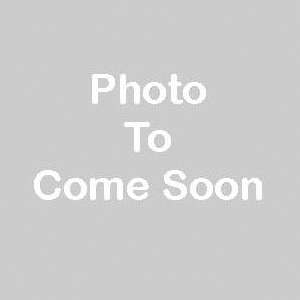 Elizabeth was a Hospice Palliative Care Nurse with the Victorian Order of Nurses in the Caledon area for 14 years, before starting her own nursing business taking on clients who wished to be supported in end-of-life care at home.

Together with her mother, Lorna Bethell, Elizabeth was instrumental in the building of the Bethell Hospice Residence in Inglewood. Through her nursing career in palliative care, Elizabeth saw firsthand how much a residential hospice would benefit the community. With her mother and many other passionate people in the larger community, Elizabeth raised over $7,000,000 to build Bethell Hospice, from 2005 until the residence opened in 2010. She served on the residence’s Building & Design Committee, and then as Chair of the Bethell Hospice Foundation Board from 2011 to 2013.

In 2012, Bethell Hospice Foundation created the Elizabeth Birnie Leadership Award to honour Elizabeth for her outstanding commitment, ongoing support and contribution. Her leadership and vision is a true inspiration, and deeply valued.

Now retired, Elizabeth continues her involvement with Bethell Hospice as a Kitchen Volunteer, cooking and serving meals to residents and their families. Elizabeth’s photo will be posted in the near future.

Photos of Past Foundation Boards